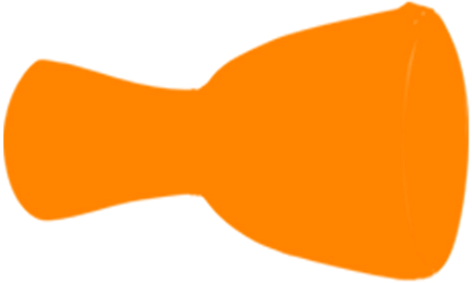 It’s the start of another new academic year, and in secondary schools across the country, new year sevens are settling into new routines in their schools. The habits and behaviour patterns which students form at this crucial stage can be very important for future learning in maths. It’s much easier to embed new practices and ways of thinking at this time of transition where everything is new to the students than trying to change their ways earlier. Here are some great ideas of what you might want to think about early on, and some tips for doing so.

Encourage students to show the right amount of working

Every new secondary maths class has at least one student who doesn’t show their working at all – often a high achiever who just feels like they don’t need to. Many others show incomplete or inadequate working, while still others can show an abundance of unnecessary steps. This can make it a challenging for you marking their work and also difficult for them later when they start losing marks in big chunks when exams.

From the very start, get students to think about how they show working by making them explain to their partners how they solved a problem. It’s great to do this with problems which are comfortably within their grasp, but make sure to tell them this is what they’re going to be doing. Ask them to think about what might be helpful to write so they can explain the problem later, and model this well yourself when you do working on the board

Following on from the previous point, when young mathematicians show their working, all too often it can be in a way which doesn’t make a lot of mathematical sense. The biggest crime here is the trail of equals signs (for example 5 + 3 = 10 – 4 = 6 × 2 = 12). For many teaching maths in primary school this may not seem like a problem, but sooner or later these students are going to see things like equations, in which it’s really important that they know to keep things on both sides of an equals sign… well, equal!

Challenge this whenever you see it, and model it well yourself. Two tips for ensuring this happens are to really stress with students that equals means things on each side have the same value, and to encourage students that every new operation they do needs a new line of working. It will make things a lot easier further down the line if learners start to see the equals sign in this way.

Embed collaboration in your classroom approach

A lot of primary school children have the idea that “good” maths work is silently scribbling away. For those that struggle to do this, the alternative is often unhelpful distracting behaviour. Building good collaborative skills early will be immensely helpful to you in the long run, freeing up your time to help those most in need of it, and letting those not inclined to complete silence know that their outlet can be talking about the maths and getting things done that way.

Try to embed collaboration into simple parts of your lesson plan. For example if you use maths worksheets in a lesson, print enough only for one between two and tell your class that you are expecting a joint submission. Once learned, collaborative skills in maths can become second nature.

Let your students know that it's ok to make mistakes

More than anything, try to move your class away from the idea of a full line of ticks being the only way to succeed in maths. Students who are not afraid to fail do far better in maths than those who won’t write anything for fear of not getting that perfect score. This is a really hard thing to achieve, but starting early definitely helps. Perhaps try marking with comments rather than just a tick/cross system – emphasise where your class are making mistakes, not just that they are making them. As tempting as it is to give out rewards for high scores, try to save these for other occasions: a great explanation, a determined go at a hard problem or lending a helping hand to a fellow struggler are all great things to celebrate. 😊

The bottom line is to start early as you mean to go on and put in the effort to build these good habits. Your future self will thank you for making a class of more effective maths learners!

Learn more about us

We save you time every day with our diverse range of exceptional maths resources. All at fantastic value.

More from our blog

“When will we use this in real life?” How to talk to students about why we learn maths!

It’s the sentence every maths teacher is tired of hearing, and one…
Continue reading

Hello! We have been working hard over the summer months on a…
Continue reading

Dear All, We have updated the site to show all our worksheets…
Continue reading

It's competition time at Cazoom!  We are offering free lifetime premium membership to the…
Continue reading 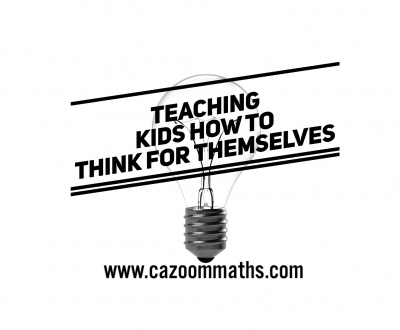 Teaching Kids How to Think For Themselves

Thinking. We all do it. It’s natural right? Kids don’t have to…
Continue reading 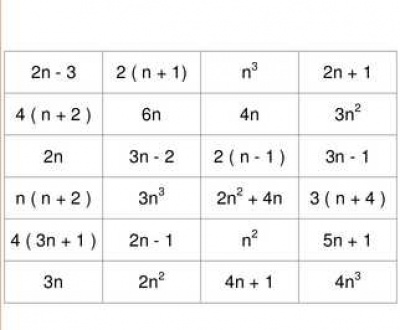 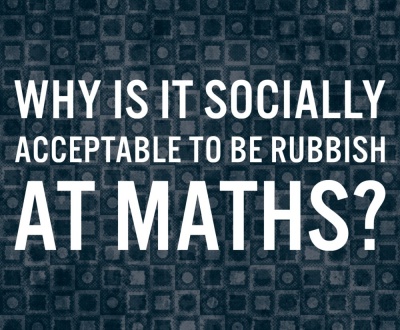 Why is it socially acceptable to be rubbish at maths 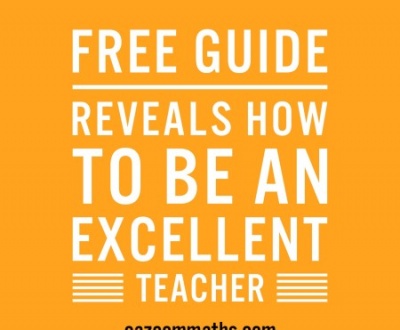 How to be an excellent teacher

This guide reveals what factors contribute to making an excellent teacher.  I…
Continue reading
Prev. Post
All Posts
Next Post
No Comments