How the scrapping of national curriculum levels may affect you

We’re going to be discussing national curriculum levels and how scrapping them affects you, your child and your students.

So, national curriculum level indicators were officially scrapped in September 2014. In case you are not familiar, a child in the UK would have expected to have been at least at level 4 by the end of year 6. So why have the government chosen to abandon the use of national curriculum levels? The main reason is because the system of levels was said to be too "complicated and difficult to understand, especially for parents". Instead of using national curriculum levels, schools will be expected to implement their own assessment frameworks.  Teachers will be encouraged to move towards age-related expectations.  Tests will still be taken by pupils at the end of Key Stages 1 and 2 (year 2 and 6) but the proposed marking criteria is likely to be based on an average point scoring system.

We’re going to break down what the change implies for you as a parent, teacher, student, school and others who may also be affected.

A survey of 405 primary school subject leaders found that a third of parents agreed with the government that levels were not useful and too complicated to be meaningful. National curriculum levels did not correspond to school years, for example in year 4 pupils were not expected to be at level 4, and this was seen as particularly confusing. The positive effect of the change could be that parents may be encouraged to learn more about their child’s school assessment system and therefore gain a better understanding of what their child is learning. Having said that, it could be terribly confusing and time consuming for parents to learn about an individual schools way of assessing pupils. Parents who want to learn how their child is performing compared to other pupils nationally will be really challenged, above-average might mean different things in different schools or in different localities. Parents who like to support their child’s learning at home may also find it difficult to find resources that are suitable for their child’s ability.

In the same survey of 405 primary schools, 92 per cent of teachers thought that national curriculum levels were a useful way for teachers to monitor, track and assess progress. Many teachers organise their own resources and learning materials according to national curriculum levels, which makes it easier to teach Joe Blogs in year 8 at level 5 the same thing as Mary Jane in Year 11 also at level 5.  The burden of schools recreating an assessment framework, no longer supported by level descriptions which match the new national curriculum, is likely to fall upon teachers, thus increasing workload and fatigue. Alternatively, teachers may be encouraged to be more creative in the way they teach certain topics in order to reach the school’s own perception of attainment. In addition to this, many secondary teachers were dissatisfied with the levels given to pupils by primary schools and often conducted their own preliminary tests at the beginning of year 7. It is true however that most professionals have a professional discourse which allows an easier flow of communication, understanding and knowledge. Many teachers will feel that the national curriculum levels were a part of their professional discourse, making their job easier and more rewarding, helping to recognise their expertise as both valued and valuable.

It could be argued that national curriculum levels reduced students to a number, through which they became defined and possibly limited by. Confidence is important when fostering a healthy relationship with maths, and children who are already deemed as below the expected national curriculum level, it could be argued, were at a disadvantage.  On the other hand, targets do give pupils (and indeed all people) something to work towards. If each school defines its targets and expectations differently, it may become confusing for students when they move from primary to secondary school, or if they change schools. Age-related expectations could be pressurising and demoralising for children.

According to a survey by the British Educational Suppliers Association, only one in six primary schools have stopped using national curriculum levels. Comparing how a school's pupils are performing against other pupils in other schools locally and nationally might be more difficult without national curriculum levels, which were also used to rank schools in league tables. Although Key Stage 1, 2 and GCSE tests are still in place nationally, comparing a pupil in between these key stages might become trickier. In addition, schools may find it more difficult to know what to demonstrate for Ofsted inspectors.  Dealing with the transition of pupils from primary to secondary school might also be challenged as schools are forced to analyse multiple frameworks.

A widely disregarded category who are overlooked in the debate about the effects of scrapping national curriculum levels are textbook authors, resource developers, websites, organisations and institutions who specialise in developing learning materials. Indeed Cazoom Maths falls under this category. Levels have been shown to be a very useful way to organise learning material. It is not difficult for anyone to understand that level 1 is easier than level 2 and that level 5 is easier than level 6. National curriculum levels allowed anyone who writes or publishes learning materials to categorise different topics into ability classes, making it easier for teachers, parents and students to decide whether it is suitable for the learner. In other words, national curriculum levels made it easier to provide effective, differentiated material through a common language used to determine what is appropriate for the learner. Here at Cazoom Maths, we will continue to use levels from 1 to 10 so that it is easier for you to select appropriate resources. The table below will help you to understand which levels correspond to the age and ability of the pupil at hand. We use the terms light, medium, and quick to indicate the pace at which the worksheet progresses through the topic, and therefore the pace at which it should be dictated.

Whether you are a parent, teacher, student or school leader, you may have your own opinion about the effect of the government abandonment of national curriculum levels. How does it affect you, your child or your students? Join the discussion below. 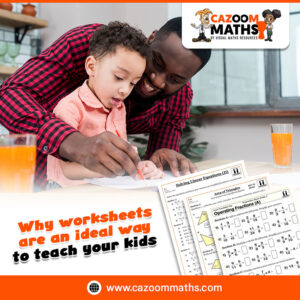 Why Worksheets Are an Essential Tool for Teaching Your Kids 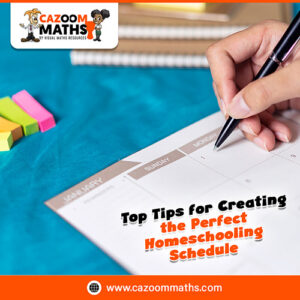 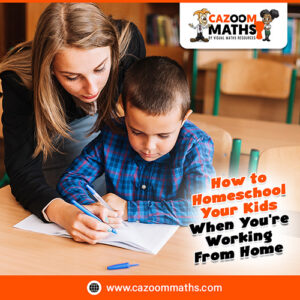 How to Homeschool Your Kids When You’re Working From Home

Fill out the form below to get 30 FREE maths worksheets!